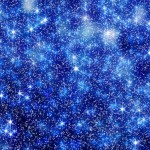 I’ve heard it said that fear is just faith that things aren’t going to work out. What are you fearful of? That’s where you’re putting your energy, and telling your subconscious mind what you want more of. Faith is simply belief or trust. If you trust that the Universe wants the best for you, and that you can experience it, then you will draw it to you. This isn’t a maybe. It’s the way the Universe works.