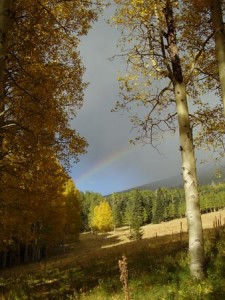 Question: When I imagine something in the alpha level, how does it happen in reality?

Answer: The alpha level is the state we access in meditation, self-hypnosis, daydreaming or as we’re drifting off to sleep. We’re more inwardly focused on some idea in this state. When you imagine something in the alpha level, you’re giving the subconscious mind specific directions of what you want. The subconscious must accept what you’re impressing, which it always does. EXCEPT, if you negate it with opposite statements during the day, confuse it with a different desire, or not trust it to do what you have stated.

Then, since we’re all connected, once the subconscious has accepted the idea, it then seeks out opportunities to bring it about. Have you ever had the impulse to go to a certain store, only to bump into someone you really needed to talk to?

When you place a desire in mind, trusting the subconscious to manifest it, it can take anywhere from a few minutes to several months for it to come about. When it’s delayed, it’s usually because you have a belief that’s restricting it, or aren’t trusting the subconscious enough. It won’t do anything if you don’t trust it. Start with some small desires to build your faith.