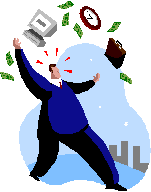 3 thoughts on “Taking Multitasking To Task”