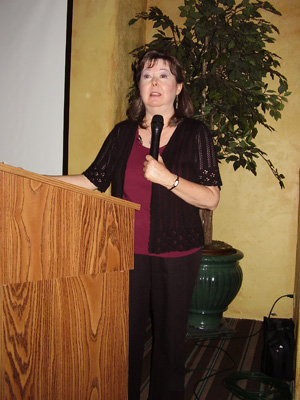 Recently, I gave my presentation, “Stop Hypnotizing Yourself To Fail,” to the Sedona Rotary Club. As the members began arriving, I noticed someone I knew and hadn’t seen in about fifteen years. We’d been members of a local community theater group, and had acted in a play together twenty-four years ago. Before the program began, we spent a short time reminiscing about the play we’d been in.

His role had been the thread that wove the play together. Every time he came onstage, the audience erupted in laughter. I played a supporting role, dancing but without any lines to speak of.

Just before I concluded my talk, during the “Question and Answer” period, he asked a couple of great questions, after telling everyone how we knew each other. That gave me a bit of notoriety with them. They were a great group and I thoroughly enjoyed meeting them. I will always have a special spot in my heart for them because of bumping into a blast from my past.