Jeff and I visited Grand Canyon National Park again recently. We started at the eastern end this time, which is much more open than the western section. You can clearly see the Colorado River just below you. 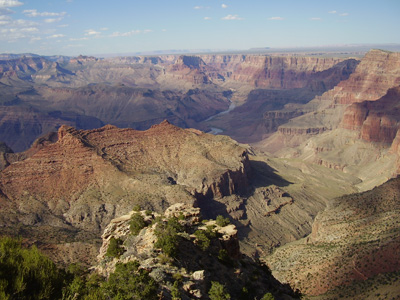 Before we got to the Park, we stopped at the Little Colorado River Gorge. This is an amazing canyon carved by a small tributary that flows into the Colorado River at the floor of the Grand Canyon. 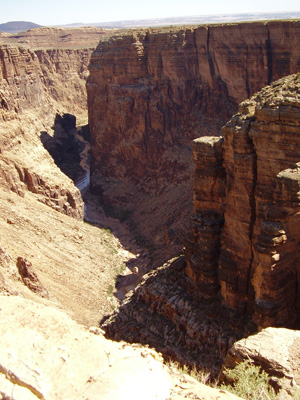 While there, a German visitor started asking me questions about the Little Colorado River and the Grand Canyon. I was pleased to be able to answer her questions, such as why the water was so muddy and how it could be much bigger after a rain. She translated what I said to two older gentlemen with her. When they left, one of the gentlemen grinned and bowed to me. 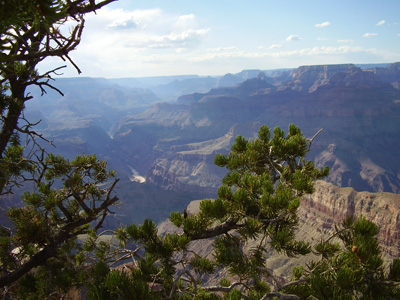 Every time we visit the Canyon, we hear so many foreign languages. According to statistics, visitors from 41 foreign countries travel to it. And a recent study indicates that the number of foreign visitors has risen from 17 percent in 2005 to as high as 35 percent now. 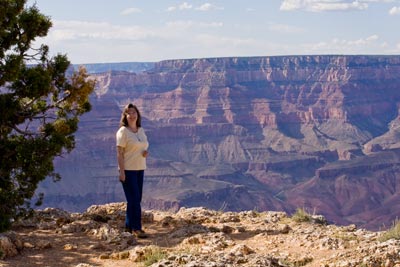 Several times during the day, Jeff or I were asked to take someone’s photograph. We ended the day at sunset in Grand Canyon Village, talking with a family from Australia and answering some of their questions about the area. 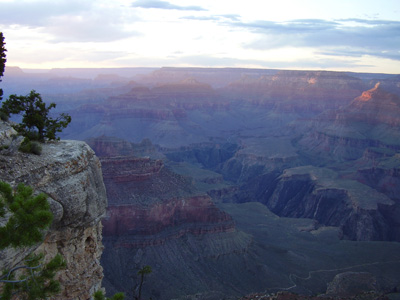 We’re always delighted to act as local ambassadors to national and international visitors. It’s a side benefit to enjoying our local natural wonder.