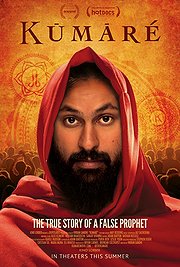 Recently, I went with a friend to see a documentary about a filmmaker who wanted to prove that religion and religious leaders weren’t necessary. The young man created an identity of a wise guru for himself. To spread his message that each person was his/her own guru, he began attracting students.

Because of the way he spoke and acted, people believed in his performance and that he was a spiritual guru. People assumed he was a spiritual master because that’s what they expected to see. His followers accepted the way he defined himself and projected onto him their ideas of what a guru could do.

As he engaged with his followers, he accepted them unconditionally. This gave them the safety to begin to change. He communicated that he believed in them, which was in line with his message that they were their own gurus. But he also listened to them, which allowed them to feel seen. By doing this, he empowered them to believe in themselves.

The connection with his students, and what he shared with them, transformed them. These connections were powerful and changed him, too. We each have the power and knowledge within us to improve our lives, but we may not believe that we can do it. Sometimes we need someone to believe in and accept us to enable us to believe in ourselves.

The filmmaker wants to reveal himself to them, but he cares about them and is concerned about how it will affect the changes they’ve made. How will his ultimate message be received? Kumare is a fascinating documentary. It shows the power of our connections with other people and how they can transform our lives.