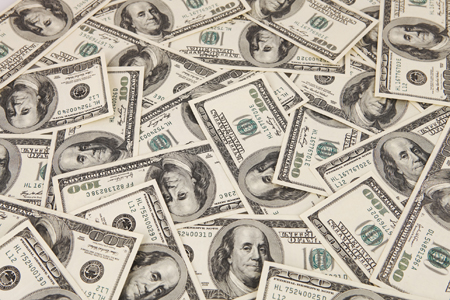 Terri was a very successful counselor. She had a full practice and got plenty of referrals. But she had deep issues with money, and struggled with the idea of being financially successful. A friend used this as leverage against her. When he browbeat her for taking money for her services, she was swayed by his arguments would often not charge her clients.

He said that if you want to be of service or spiritual, you shouldn’t charge for your gifts. She took his perspective to heart, and eventually lost her business. And because of this, many people lost a counselor who could have guided them into a greater sense of well-being.

What Money Actually Is

This is just one of the myths about money that many people have. Unfortunately, money is one of the most misunderstood tools that we have and need. When money is a problem, it’s generally not about the cash. It’s about something much more basic. Much of our core beliefs, judgments and lack of self-esteem are projected onto money.

Money is merely an exchange of energy, a symbol. It substitutes for a barter system. When one person offers a product or service, a buyer offers money in return. The buyer presents the money they’ve received as a result of their product or service. Of itself, money is only metal or paper.

Some Money Beliefs That Limit You

Here are some of the money beliefs that people have that are keeping them from having their best life.

“Love of money is the root of all evil.” This one comes from the Christian Bible and is pounded into its followers. When money is made more important than anything else, then it can instigate greed, unethical behavior, and stealing. It’s the worship of money that causes problems. But without money, you can’t pay your bills or have an abundant life. Kept in its proper perspective, as a tool, money can do a lot of good.

“Money doesn’t grow on trees” or “Do you think I’m made of money?” Did you hear this one as a child? It was created by harried parents to discourage kids who wanted something more expensive than the budget could handle. Instead of handling it maturely, by explaining why they couldn’t afford the desired item, parents brushed off the child with these expressions.

More Money Beliefs That Undermine You

“If I receive money, I’m taking it from someone else.” If there isn’t a circulation of money energy, then the pool gets stagnant and starts to shrink. When money comes to you, you’re receiving it through (not from) others. And you then pass it on to other people. It goes to the Mortgage Company, utility company, and grocery store, which then pay their employees. The employees then use it for their bills and to circulate it to you. The more money you receive, the more you’re able to pass on.

“If you serve and/or are spiritual, you have to offer your gift for free.” This was the belief that sabotaged Terri. After she lost her business, she still counseled, but only once in a while. Suppose you have a gift you want to share. If you’re working 40 plus hours a week for someone else, how much time and energy do you have to serve others?

Just because you want to serve doesn’t mean you have to sacrifice your time and well-being. If people want the benefit of your gift for nothing, then it means that there’s a market for it and there are going to be folks willing to pay for it. And they also will want to show their gratitude for what they receive, and can do this through the exchange of energy called money.

Your beliefs about money are based on what you were told and ideas you’ve reinforced by thinking of them often. But they limit you and what you allow yourself to receive. Since beliefs are created by what you think, by changing what you think, you can change your beliefs. When you start recognizing what you’re thinking about money, and start letting go some of the distorted beliefs, you open yourself to more of this energy flowing into your life.

Money is only energy that flows. This energy is circulating smoothly and harmoniously through my life. I discard any outdated limiting ideas about money, wealth and riches. The Universe wishes me to have enough financial support to live an abundant life. The more energy I have, the more I can circulate through others.