Four Corners is the place where Arizona, Utah, Colorado and New Mexico meet. In the area, there’s a lot of natural beauty, as well as Pueblo Indian ruins. On this vacation, our purpose was to visit a lot of those ruins.

Our first day in New Mexico, we visited two Pueblo ruins near Farmington, New Mexico. Salmon Ruins had a wonderful, educational guide that explained a lot about the ruins and their culture. 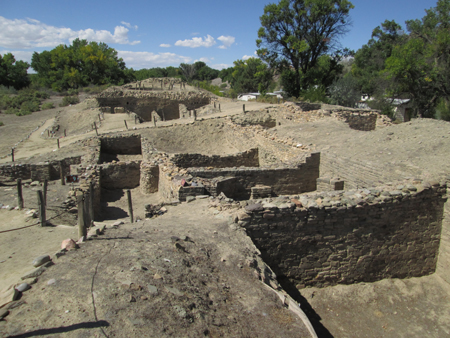 The same day, we visited Aztec ruins, a magnificent example of architecture inspired by the Chaco civilization around 1000 CE. 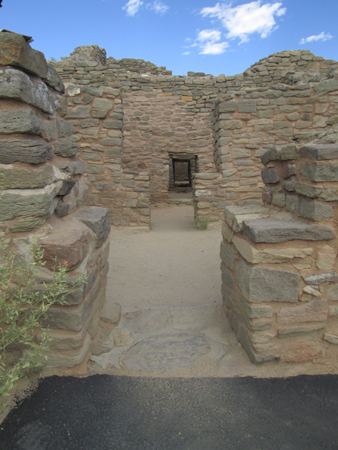 The second day, we explored ruins of the Chaco Canyon pueblos. This was the jewel of our vacation and on my bucket list of places to visit. Chaco was a hub of trade and spiritual influence for about 400 years, starting around mid-800 CE. Not a lot of people brave the last several miles of rutted dirt roads to get to it. But it was well worth the rough ride to experience it. These photos are of the biggest house in the area. The canyon is dotted with them and has some on top of its cliffs. 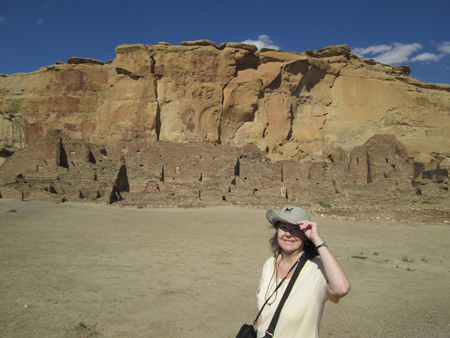 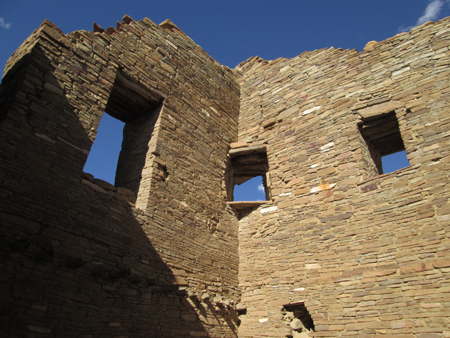 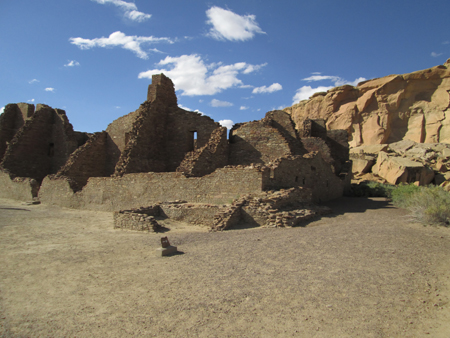 On our third day, we went to Mesa Verde. Unfortunately, both of the cliff houses that we wanted to enter were closed. One due to the danger of rocks falling, and the other had closed three days earlier for the season. But we still enjoyed viewing them and others from a distance. This was Cliff Palace, the one that had just closed its tours. 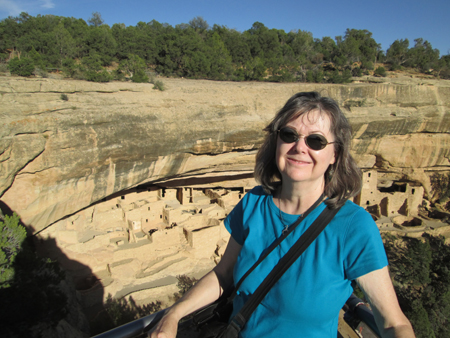 On the way back home, we spent time at Canyon de Chelly. 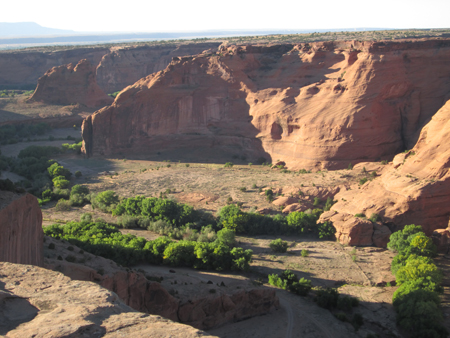 This photo of the twin spires is Spider Rock. The Navajo believe that a deity called Spider Woman taught the women how to weave. And they believe the deity resides in Spider Rock. Because I’m a weaver, this rock holds a special place in my heart. 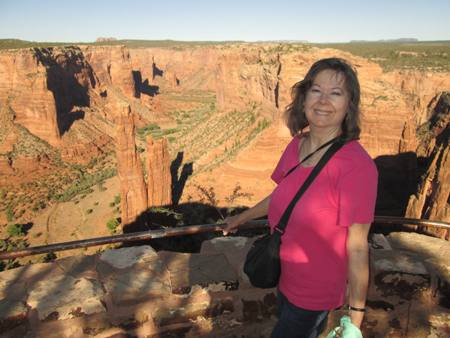 We spend our last day and a half at La Posada in Winslow. La Posada is a former Harvey House and has been renovated back to its original glory. We just sat on their patios, or in their gardens, or watched the trains go by in back of the hotel. 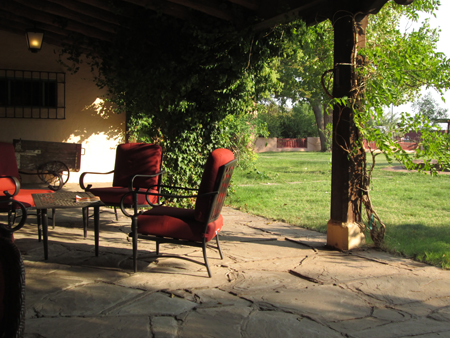 It’s hard to get back into my current life, after spending so much time in the past. Time is fleeting, civilizations rise and fall, but life goes on. I’m just grateful that we have these remnants of former civilizations to visit and honor.