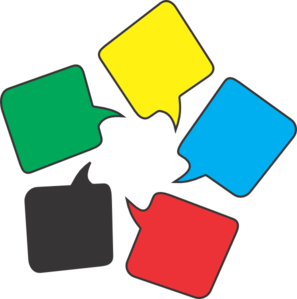 Caroline was a massage therapist who worked in a spa. The spa did all the marketing and scheduled her clients for her, and paid her per client. But Caroline thought she could have more freedom and get more clients on her own. She left the spa, and opened her own office.

But she discovered that she hated the administrative chores the spa had done for her, such as scheduling, paying utilities, and marketing. This caused her to be chronically forgetful. She’d forget to take business cards when networking, pay her bills, or write down appointments, which caused her to miss them. Although her clients knew and liked her, they learned not to trust her and they went elsewhere. Because of her refusal to work on the details of her business, she made less than she had at the spa.

Finally, one of her friends confronted her and said that Caroline’s excuses were clues she was leaving herself. Caroline realized that she really just wanted to give massages. She gave up her business and returned to the spa, where she could let others handle the tasks she despised. She needed the structure the spa gave her. Even though she was giving up control, she was gaining the freedom she’d craved.

Do you chronically defend yourself, to yourself or others about why you didn’t do what you had agreed to do? At your core, you just didn’t want to do whatever it was. Something within you was preventing it. You’re giving yourself a message that you haven’t listened to yet.

There are times when excuses are valid. For example, if you had a flat tire on the way to work. Or an important phone call delayed your leaving for an appointment. Events that are unexpected and unavoidable are legitimate reasons why you weren’t able to fulfill a promise. But the question to ask yourself is, are your explanations reasonable or are they just trying to get you out of trouble?

The stories you tell yourself are hints as to how motivated you are to achieve your goals, dreams and vision. They may be telling you how you feel about your commitment or your direction. Here are some of the possible messages your excuses are communicating:

Fear. You’re afraid of the next step or where it may take you. Or you’re not confident that you know how to accomplish your task, goal or agreement. Ask yourself, “What’s the worst that could happen?” Generally, when you bring the fear into your awareness, you realize it has little validity. Ask yourself, “What do I need to do to gain that confidence?” It could be something as simple as learning a new skill.

Not the right goal/dream/vision. You could be going in the wrong direction. Or your task, vision or your motivation to achieve it isn’t strong enough. When you find yourself not taking the actions you need to, ask yourself if you’re ambivalent over your goal. If there’s a part of you holding back, you need to address its concerns. Are you really committed to your dream or vision? If not, choose another one or scale back on your current one.

It’s a “should.” You think you “should” want a particular goal. Others have told you that it’s the right one for you. But it doesn’t really resonate with you, or you felt pressured into doing it. This one is especially true when you’ve agreed to do something you really didn’t want to do, such as participate in a charity event. Is it really your priority, or someone else’s? To simplify your life, decline someone else’s objective for you and focus on what you really want

These are just a few of the excuses we make. The only way you’re going to fulfill your goals is if you transcend your excuses. Listen to the message they’re telling you. When you hear it, and change your responses, you’ll be happier and on track to your dream.

Affirmation:
I now become aware of the excuses I make. I realize that they’re giving me powerful messages about what’s holding me back. Since the Universe only wants the best for me, it must be my beliefs and attitudes that are sabotaging me. By understanding the messages I’m giving myself, I’m able to change my beliefs and thus change my responses to support my dreams.