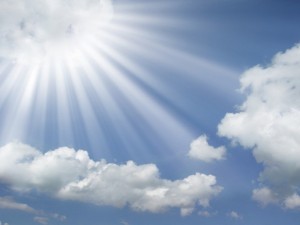 As a child, I learned to avoid calling attention to myself. Whenever I excelled at anything positive, friends, classmates and some adults criticized and condemned me. Achievement meant being a target with no protection. Therefore, I tried to fit into the crowd and become invisible. I hid my talents, intelligence and abilities to avoid being hurt.

Growing up, I noticed that some people craved attention so much that they’d sacrifice everything for it. And then there were those who want the world to revolve around them. Everything was about them and they stole the credit from those who deserved it. I began to associate being noticed to these types of people and I didn’t want to be like them. Over and over again, I heard the same thing from clients and people I knew. Being visible was threatening and distasteful, and it was safer to hide in the shadows.

Many of them seek work in the background, where they’re the most comfortable. They feel their mission is to support others. Unfortunately, they’re uncomfortable to even receive compliments or acknowledgement. But to succeed, advance, or fulfill their purpose, they have to be able receive recognition, and that’s incredibly unpleasant for them.

A few years ago, I was amazed to discover that some people considered being the center of attention a good thing and something to pursue. I finally realized that there are some people who enjoy being in the limelight, who do so to help others. At last, I understood that if we want to be of service, in any way, we have to let others know what we have to offer.

In “Do What You Love, The Money Will Follow,” Marsha Sinetar says that creative and gifted people tend to shun attention. They do so to avoid being rejected, criticized, and having to deal with the hostility and jealousy of others. But in so doing, they can’t live up to their potential. The seek comfort and safety, preferring to be unfulfilled rather than deal with the challenge and distress that visibility brings.

An artist friend of mine has said that if she doesn’t paint and show it to the world, then she’s not honoring the gift that God gave her. This is true of us all. When we don’t use our God-given talents and abilities, and reveal them, then we’re not fulfilling our purpose. They were bestowed on us for a reason, to share with others. If we don’t express them, then we’re not living up to our potential. And if we don’t let others know what we have to offer, even when we work in supportive positions, then we’re trying to avoid our responsibility to ourselves and the Universe.

The true role of advertising and marketing is to let people know what’s available. If a person doesn’t know a solution exists to solve their problem, then it remains forever unsolved. Being visible and allowing people to know our capabilities isn’t bragging, but informing. We’re performing a service by letting others know. Some people won’t need what we offer, some won’t like it, but others will honor and value it. And it will meet their needs.

It still can be scary to be visible, but we have resources and knowledge as adults that we didn’t have when we first learned to hide. When someone is jealous, it’s helpful to realize that it’s their issue, and not about us. We shouldn’t try to “hide our light under a bushel,” but to let it shine into the world so that people see what we can offer and be an answer to their prayers. Only then will we begin to live up to our potential, be successful and experience a sense of fulfillment.

I have gifts that were bestowed upon me by the Universe, and it is my responsibility to express and share them. When others criticize, are jealous or hostile, it’s their issue, not mine. By expressing my talents and abilities, and allowing others to know about them, I’m fulfilling my potential. It’s now safe for me to be visible. I now gratefully accept compliments, acknowledgement and recognition. I let my light shine into the world.

One thought on “Let Your Light Shine”