Every year, Jeff and I spend a weekend at the Arizona  Renaissance Festival. We made our arrangements months ago, and were looking forward to it. This year, two weeks before we planned to go, the weather forecast started looking bad. For the first time this year, Phoenix was supposed to get rain. 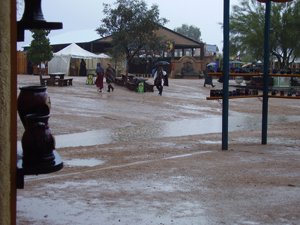 Every day, the forecast got worse. We discussed whether we should reschedule, but decided to gamble and “act as if” everything would be fine. Friday evening, the forecast was calling for rain all day on Saturday, and some on Sunday morning.

By Saturday morning, the meteorologists had reduced the amount of rain that was expected. When we got to the Faire that morning, it was dry. But just before the gates opened, it started to sprinkle. That sprinkle turned into a downpour that lasted about 30 minutes. It drizzled a little after that, but by noon, the rain was gone. We even got some sun that afternoon. 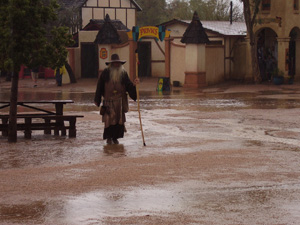 Sunday was beautiful. Mostly sunny, cool, with a slight breeze. I said to Jeff, “I’m so glad we came. If we’d cancelled and I discovered how little rain the event had, I would have been furious.” (“Furious” isn’t the word I used, but that’s what it means.) 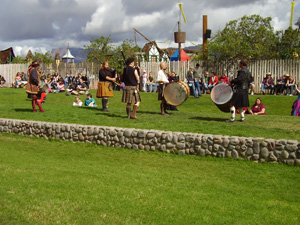 Although we prepared for the worst, we went ahead and expected to have a great weekend. I’ve found that when you move ahead on faith, “acting as if” all will be well, it generally works out that way. It certainly did for us. 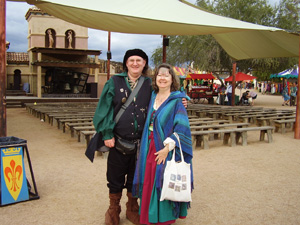 One thought on “A Soggy Day at the Arizona Renaissance Festival”